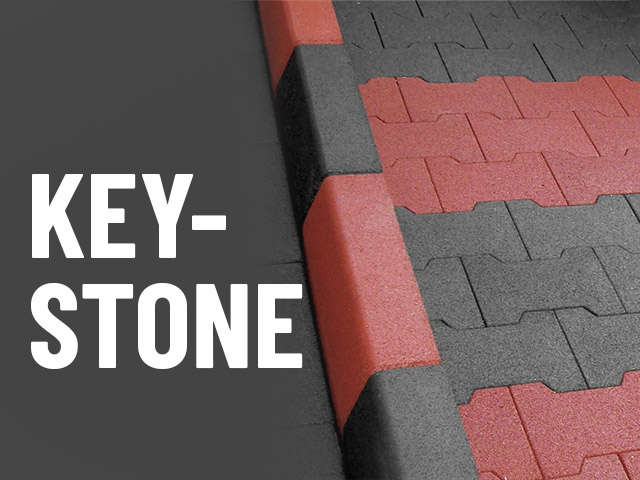 Keystone (also known as capsule stone) is a wedge-shaped stone at the apex of an arch and it is the last piece placed in construction. It locks all the stones of arch so that it can bear the entire weight of the arch. In arches and vaults (such as semi-domes), keystones are often decorated beyond structural requirements. It can take variable roles in domes or net vaults with its different shapes for decorative purposes.

What is a Keystone?

It is a fact that arches are used in underground structures such as sewage and vaults of Egypt, Babylon, Greek and Assyrian civilizations. However, the use of Keystone in arches (also called a tombstone) begins with Roman civilization. Keystone is the stone at the apex of the arches. Keystone plays a role in distributing all weight down the side support blocks in the columns. With this arch design, Keystone is the key element for standing the arch. Because without the Keystone, the arch will collapse.

The strength of a building is of great architectural importance. Keystones are at the center of this importance and meets decorative expectations with its various aesthetic forms. The Keystone is located at the apex of the structure in the construction of doors, vaults or windows where aesthetic purposes are at the forefront.

An arch or vault is not capable of staying stand up itself until the keystone is installed. The task of the keystone here is to provide balance and strength distribution in terms of its the position at the apex of structure.

The arches are self-supporting structures with a curved shape. Stone arches were first developed by the Romans thousands of years ago and have been used in architecture ever since. Today, it is possible to come across stone arches built using decorative elements on railway bridges and gardens.

The process of building an arch begins by planning two low-wall sections of equal height in order  to form the legs. This pocess will begin after the width and height of the arch have been determined. A form is then used to form the skeleton and provide support. This form is made of semicircular wood according to the planned curve of the arch.

One of the most important elements of this structure is the wedge-shaped stones, which are installed side by side or one on the top of the other along the dome starting from the wall edges. The stones to be used in the arches should be either in the form of wedges or flat required for construction. Because obtaining the form of dome that connects the two legs of the arch in the middle depends on the strength of these stones.

In addition, the wooden structures play a role in the installation of the stones and ensure that the installation proceeds regularly during construction. At the end of the installation of the stones, a stone is needed to complete the construction at the apex in the arch dome so plays a key role as name suggests. This stone is the keystone. Self-balance is maintained by placing keystone in the center of the dome of keystone arch. The keystone is the most important building element of the keystone arch and that is why it is located in the center of the dome. When the wooden skeleton is removed after the arch installation, the structure will continue to stand evenly.