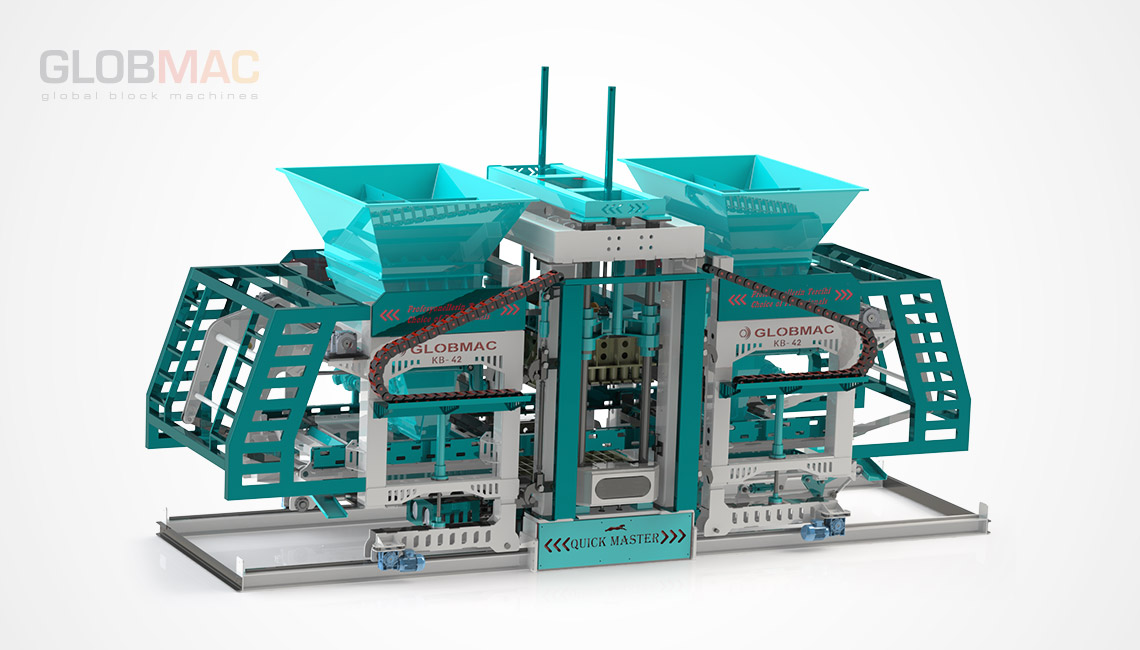 This machine has been designed in order to produce high quality of interlocks, blocks,curbstones and other concrete products as requested by the customer. One press can produce 42pcs of interlocks or 18 pcs from blocks 20x40x20cm block and curbstones. The machine can be used with a stacking system or without stacking system. The press time is 20-24 seconds. It has two working system, it can work either full automatic or semi automatic depending on user preference.

Movements on the system will be controlled by a PLC. Auto motion system via sensors in automatic machine. Machine press number, unit of productions, problems on the machine can be seen on the PLC touch screen panel.

The stacked Pallet must be transported using a forklift for machines with a stacking system.

The machine works on wooden pallets which are made of pine wood. There are two types of mortar preparation system it can be either manual or with automatic weighing system after the cement is dosed sand is been weighed then transported up to the mixer water is added then the all is mixed until a homogeneous mortar is obtained.

Robot sequences the products by the help of wooden pallet one after the other. Robot movements will be directed from hydraulic and hydraulic piston. This is considered as an additional unit independent from the machine. Also the machine has double mortar bunker but if you do not want to second surface on bordure or interlock paver the machine can be produce with single mortar bunker. 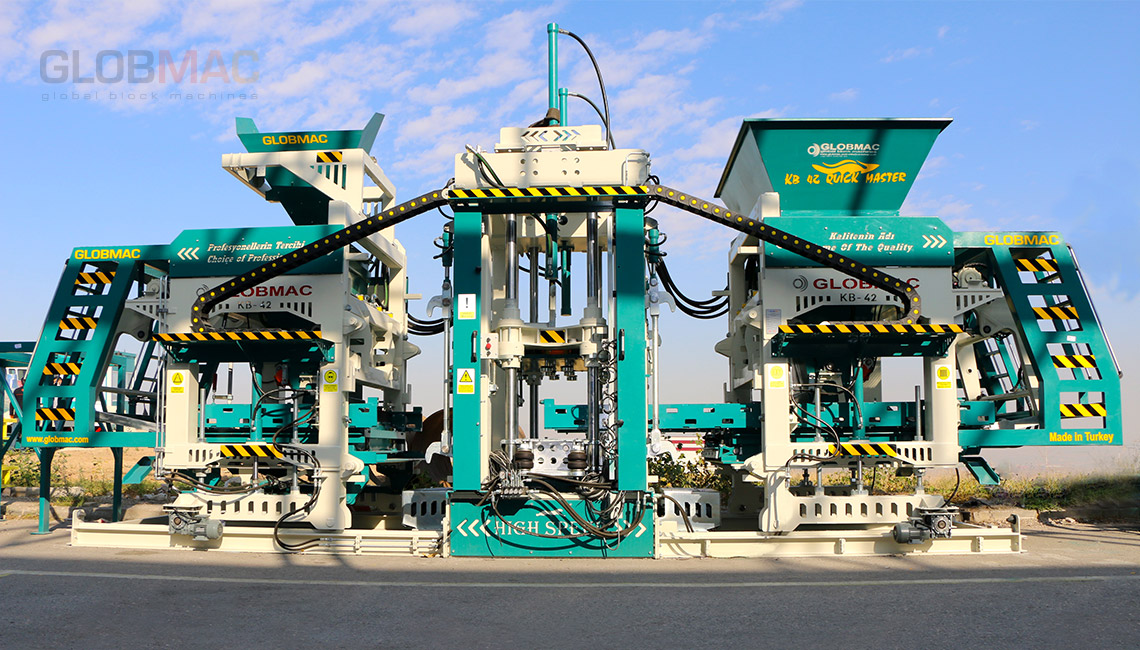 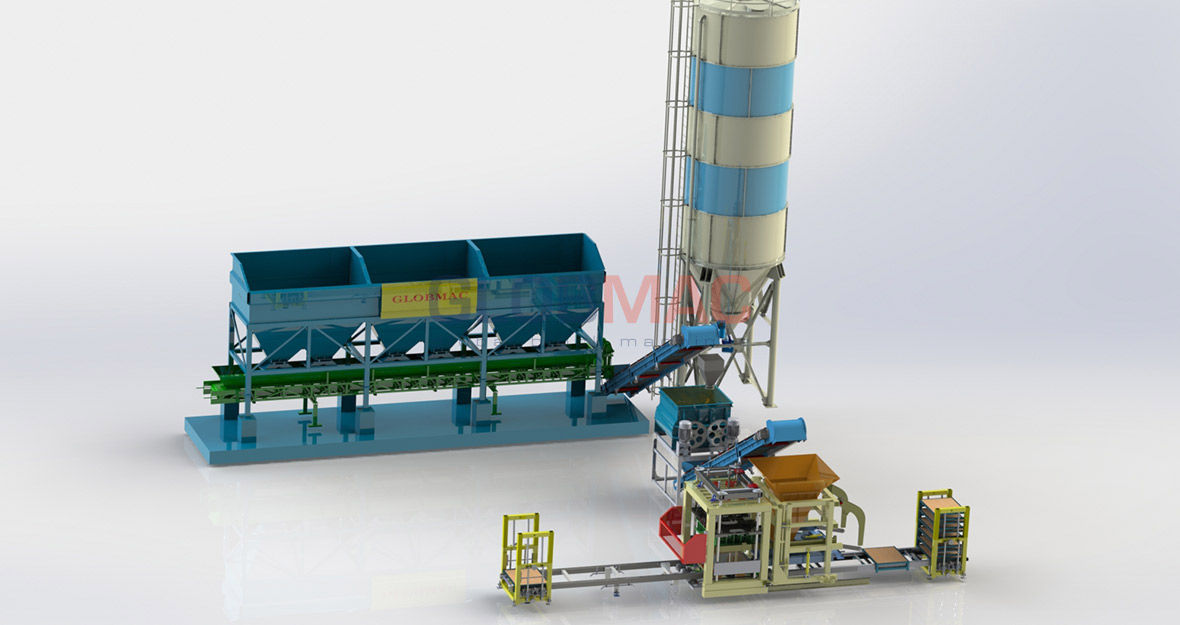