How To Make Concrete Blocks 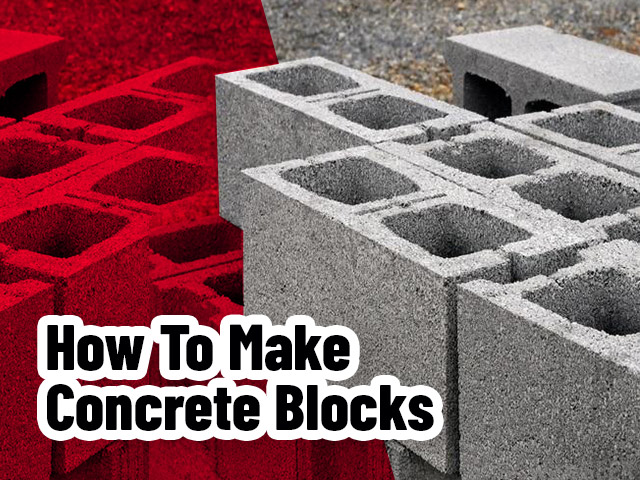 In this article, we will answer the question “How to make concrete blocks?”. Making concrete block can be done by hand if it is used for hobby purposes or for small renovations. In use for industrial purposes, blocks manufactured through block making machines should be preferred.

How To Make Concrete Blocks? Which Process Is Followed?

The answer to the question “How to make concrete blocks?” can be explained by the following stages:

In order for concrete blocks to be products that comply with the standards, they should be checked frequently during manufacturing. Meticulous care should be taken from the mixing stage to the storage stage. For example, as blocks come out of the machine, their dimensions should be checked by means of laser sensors. Or during hardening, the temperature and pressure must be adjusted correctly so that the strength of the block can be high.